Colin Powell Quotes That Will Inspire You

Colin Powell has been a soldier, businessman, diplomat, and statesman. Born on April 5, 1937, in Harlem, New York City, he grew up in New York and South Carolina. After graduating from City College of New York with a degree in geology, he became a US Army officer – serving from 1959 until his retirement in 1993. In 1989-90 General Colin Powell served as Chairman of the Joint Chiefs of Staff during President George H.W. Bush’s administration.

Here are some most powerful quotes by Colin Powell. Please share with others also.

1. “Don’t bother people for help without first trying to solve the problem yourself.”

2. “Always focus on the front windshield and not the rearview mirror.”

4. “Organization charts and fancy titles count for next to nothing.”

5. “It’s a disgrace that we have millions of people who are uninsured.” 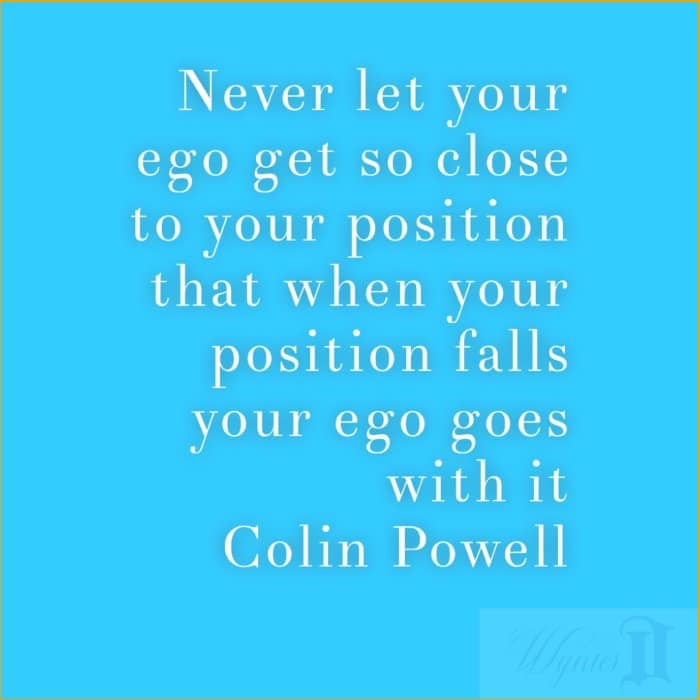 7. “If you are going to achieve excellence in big things, you develop the habit in little matters. Excellence is not an exception, it is a prevailing attitude.”

8. “The chief condition on which, life, health, and vigor depend on, is action. It is by action that an organism develops its faculties, increases its energy, and attains the fulfillment of its destiny.” 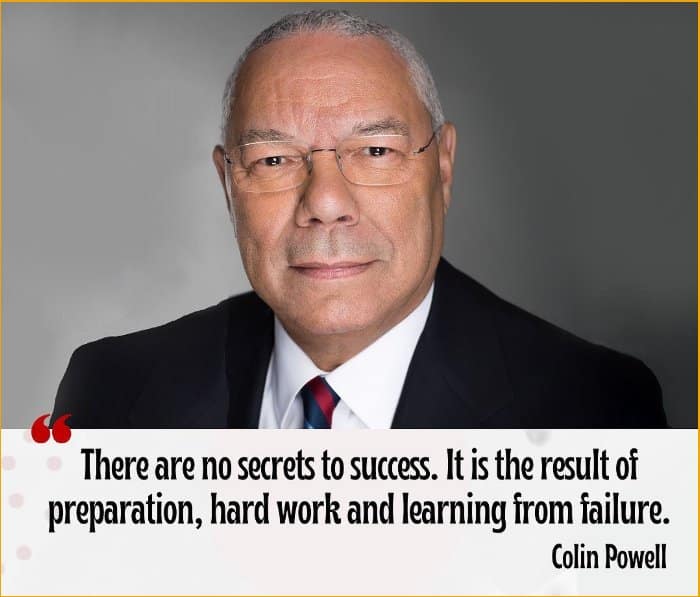 9. “Just as they did in Philadelphia when they were writing the constitution, sooner or later, you’ve got to compromise. You’ve got to start making the compromises that arrive at a consensus and move the country forward.”

10. “War should be the politics of last resort.”

12. “In other words, don’t expect to always be great. Disappointments, failures, and setbacks are a normal part of the lifecycle of a unit or a company and what the leader has to do is constantly be up and say, ‘We have a problem, let’s go and get it.’”

15. “I try to be the same person I was yesterday.”Colin Powell: Why We Serve

16. “When we go to war, we should have a purpose that our people understand and support.”

17. “Success is the result of perfection, hard work, learning from failure, loyalty to those for whom you work, and persistence.” 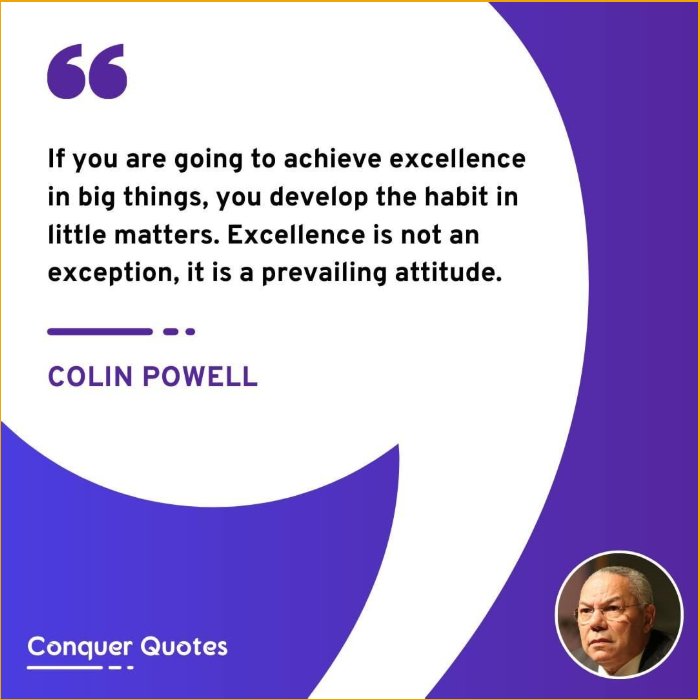 19. “We need to understand that we as citizens and as a government in any community throughout this country have no more important obligation than to educate those who are going to replace us.”

20. “The ties that bind us are stronger than the occasional stresses that separate us.”

21. “Surround yourself with people who take their work seriously, but not themselves.”

22. “It takes more courage to send men into battle than to fight the battle yourself.”

23. “If you get the dirty end of the stick, sharpen it and turn it into a useful tool.”

24. “I think whether you’re having setbacks or not, the role of a leader is to always display a winning attitude.”

25. “Look at the world. There is no pure competitor to the United States of America.”

27. “When everyone’s mind is dulled or distracted the leader must be doubly vigilant.”

28. “Keep looking below surface appearances. Don’t shrink from doing so just because you might not like what you find.”

29. “Wouldn’t it be great if we could look forward to a whole world in which no child will be left behind?” 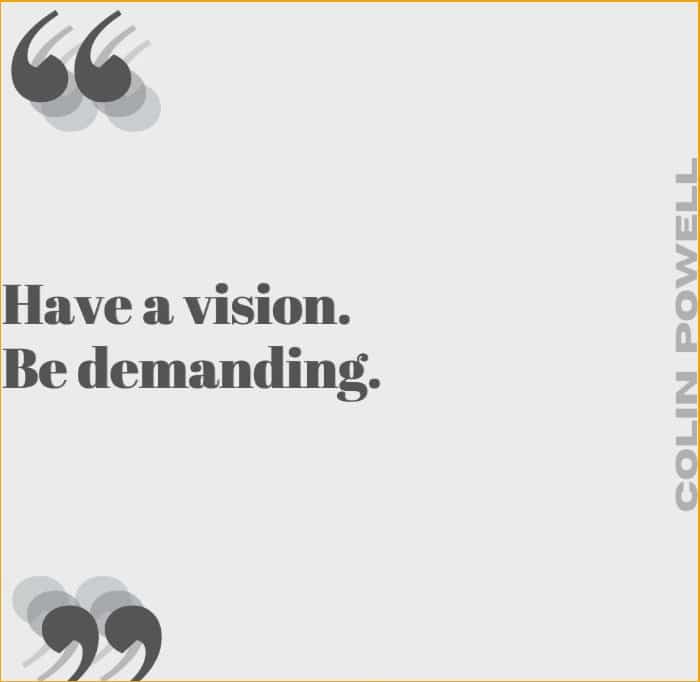 32. “The healthiest competition occurs when average people win by putting above average effort.”

34. “We can seldom get our children to do what we tell them, but they almost never fail to imitate us.” 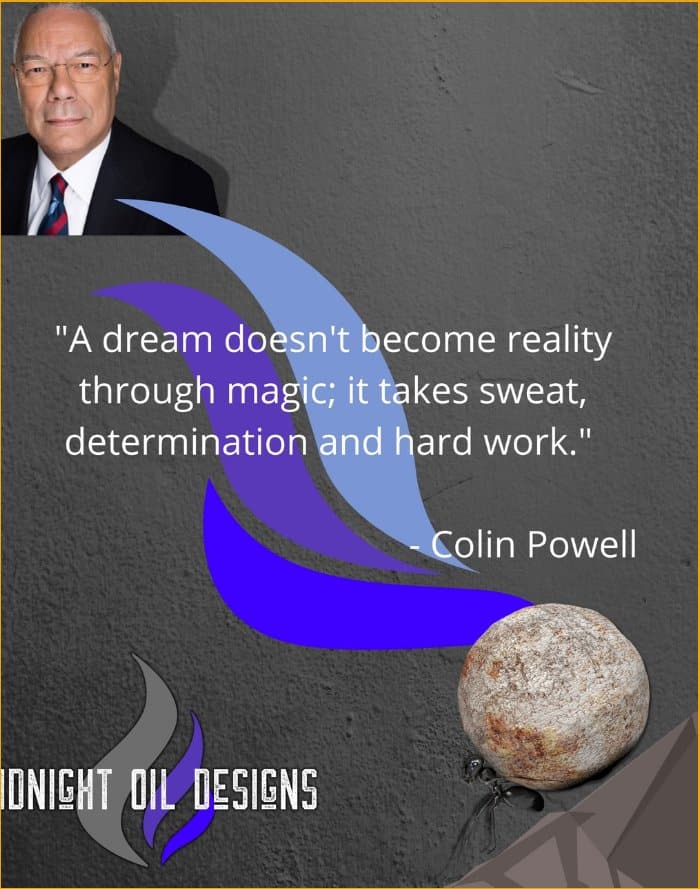 36. “The commander in the field is always right and the rear echelon is wrong unless proved otherwise.”

37. “Giving back involves a certain amount of giving up.”

38. “Leadership is solving problems. The day soldiers stop bringing you their problems is the day you have stopped leading them. They have either lost confidence that you can help or conclude you do not care. Either case is a failure of leadership.” 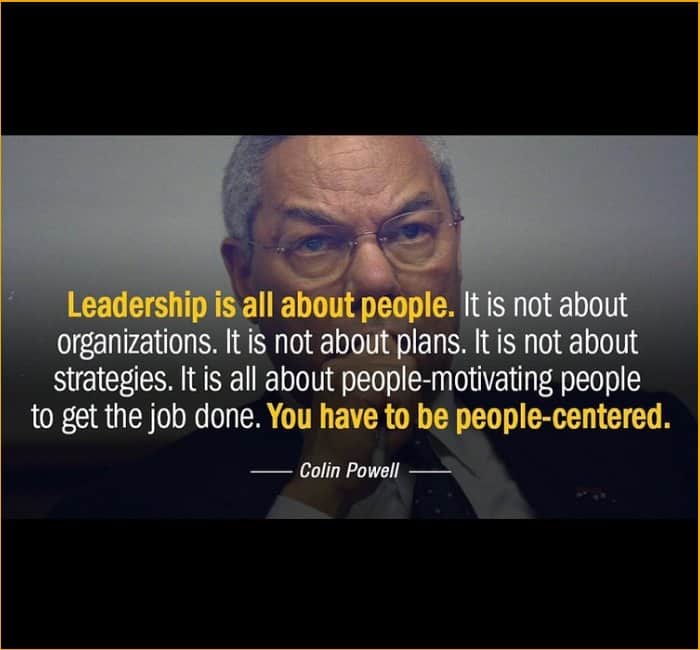 40. “There are no secrets to success. Don’t waste time looking for them.” 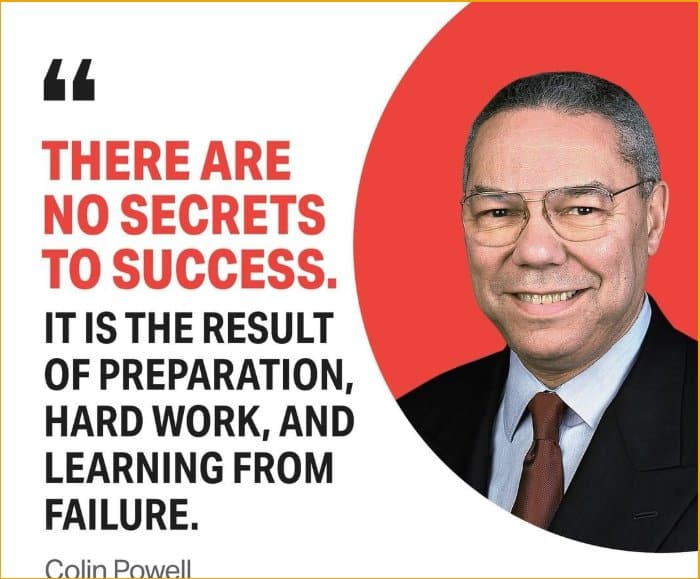 41. “Don’t be afraid to challenge the pros, even in their own backyard.”

42. “It isn’t enough just to scream at the Occupy Wall Street demonstrations. We need our political system to start reflecting this anger back into, ‘How do we fix it? How do we get the economy going again?’”

44. “Have fun in your command. Don’t always run at a breakneck pace. Take leave when you’ve earned it, spend time with your families.”

45. “Great leaders are almost always great simplifiers who can cut through the argument debate and doubt to offer a solution everybody can understand.”

46. “Today I can declare my hope and declare it from the bottom of my heart that we will eventually see the time when that number of nuclear weapons is down to zero and the world is a much better place.”

48. “Perpetual optimism is a force multiplier.”

50. “I don’t want to spend the rest of my life giving speeches.” 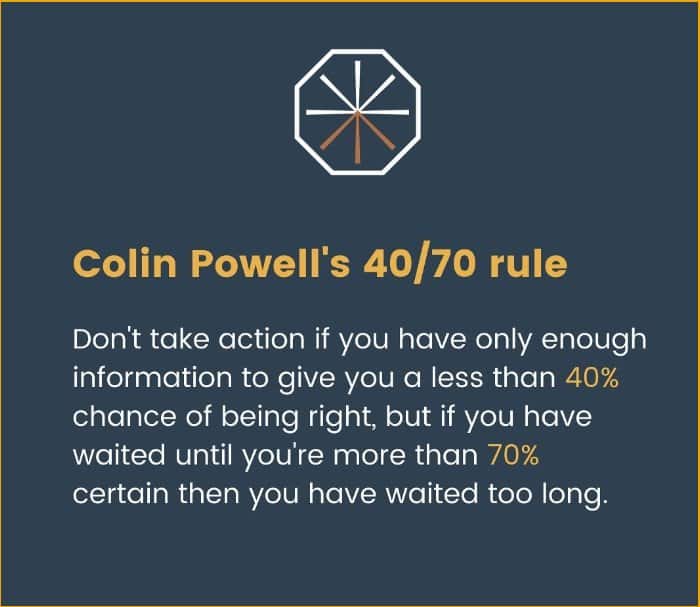