Yogi Berra Quotes: Lawrence Peter “Yogi” Berra was an American baseball catcher and widely known as one of the greatest catchers in the history of baseball. Later on, he also worked as a manager and coach. He played for Major League Baseball (MLB) and New York Yankees. In MLB, he played 19 seasons from 1946 to 1963. He played his last season in the New York Yankees in 1965. He won 10 World Series championships as a player which is more than any other player in the history of MLB. His batting average was .285; he had hit 358 home runs and batted in 1430 runs. In 1972, he was elected to the Baseball Hall of Fame. He has won the American League Most Valuable Player Award three times making him the only player to win this award.

He was born in St. Louis, Missouri on May 12, 1925, to Italian immigrants Pietro and Paolina Berra. Today His father was originally from Malvaglio, Milan in northern Italy. He arrived at Ellis Island in 1909 when he was 23 years old. He was a Roman Catholic and attended South Side Catholic which is now called St. Mary’s High School in south Sl. Louis with his boyhood friend Garagiola. Yogi learned the basics of catching in Baseball in local American Legion leagues. He played at outfield and infield positions. He received his famous nickname, “Yogi”, from his friend, Jack Maguire. Jack gave Berra the nickname of Yogi when Berra was sad after losing a game and was sitting around with his arms and legs crossed waiting to bat. Jack said that his position resembled a Hindu Yogi and thus he got his nickname.

Yogi served in the U.S. Navy in World War II. Yogi signed with the Yankees in 1943 and made his major-league debut in 1946 when he was 21 years old. He was a mainstay in the Yankees’ line-up from 1949 to 1962 during the championship years of the team. He was a power hitter and a strong defensive catcher. Yogi played with Yankees for 18 years and then worked as their manager. In 1965, he joined the New York Mets as a coach serving them for a decade. Later on, he served them as their manager. In 1976, he returned to the Yankees and coached them for eight seasons. He also worked as their manager for 2 years. In his career, he appeared in 22 World Series, and out of these 22, he was on the winning side in 13. He died on September 22, 2015, in his sleep in New Jersey.
Yogi gave so many beautiful and inspirational quotes

“If you don’t know where you’re going, you’ll end up somewhere else.” 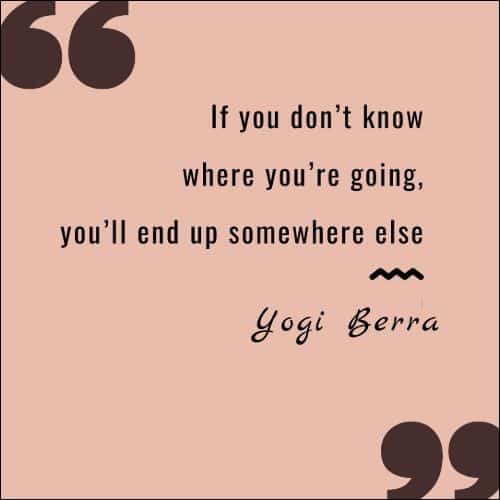 “Keep trying. Stay humble. Trust your instincts. Most importantly, act. When you come to a fork in the road, take it.” 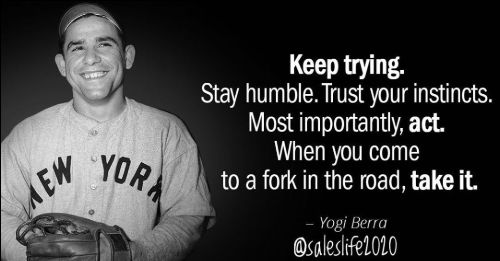 “Love is the most important thing in the world, but baseball is pretty good too.” 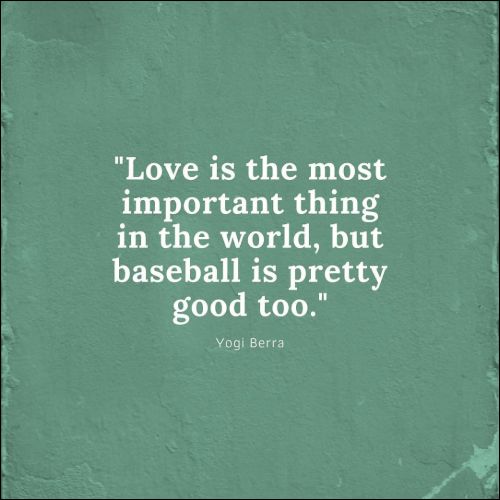 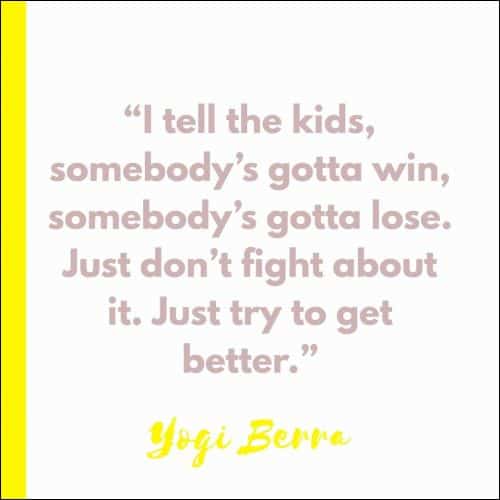 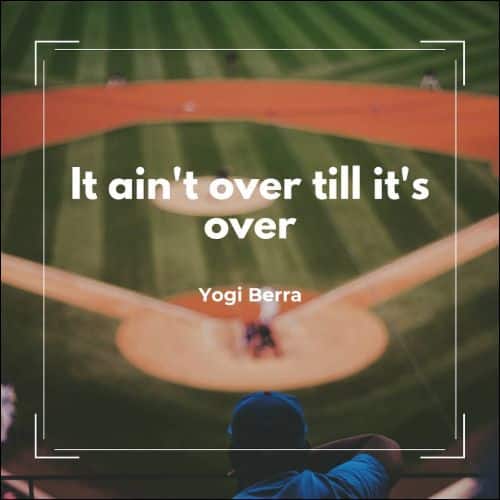 “We have deep depth.” 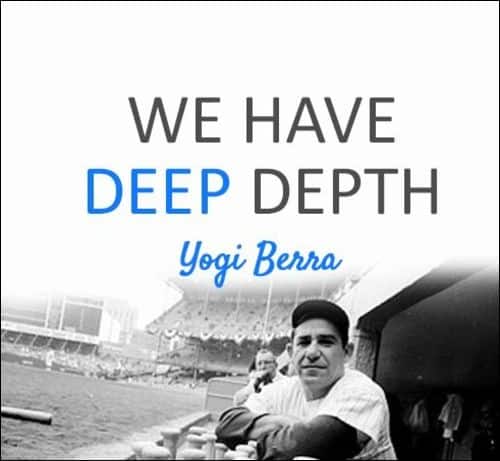 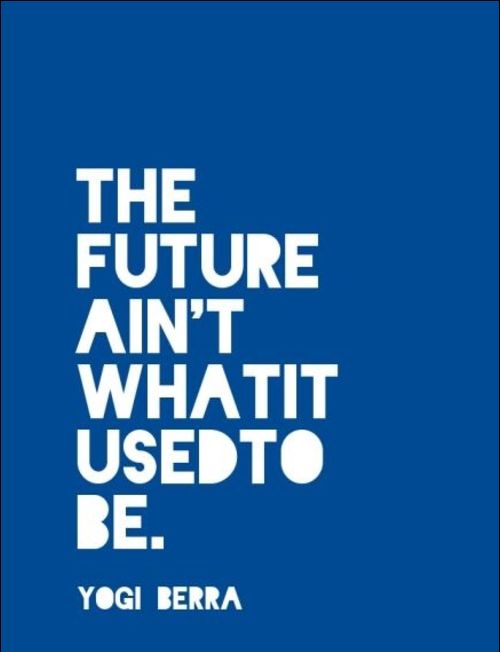 “Always go to other people’s funerals otherwise they won’t come to yours.” 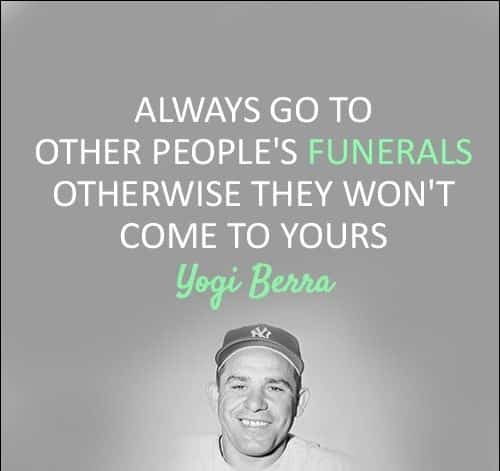 “If you can’t imitate him don’t copy him.” 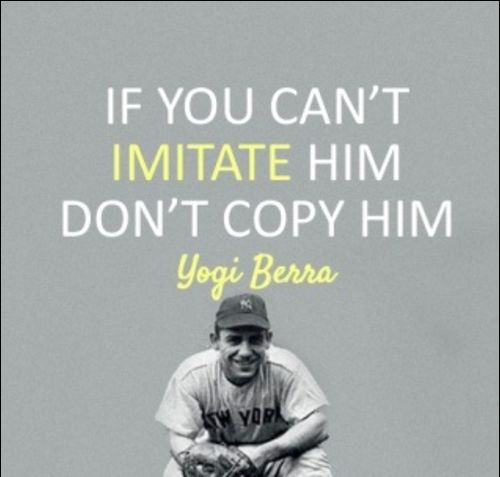 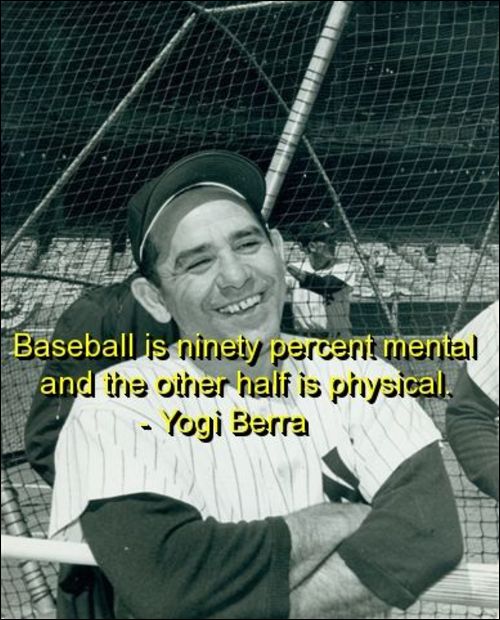 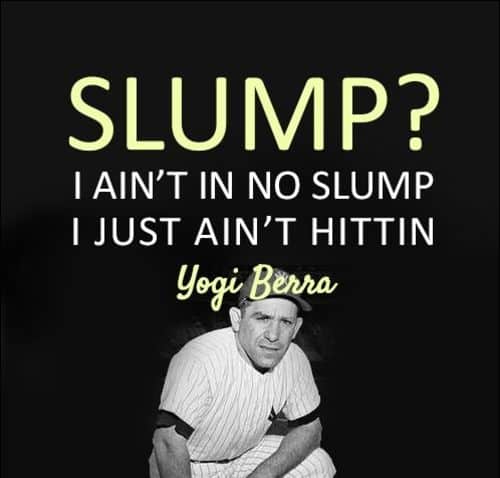 “If you don’t know where you are going, you might wind up someplace else.” 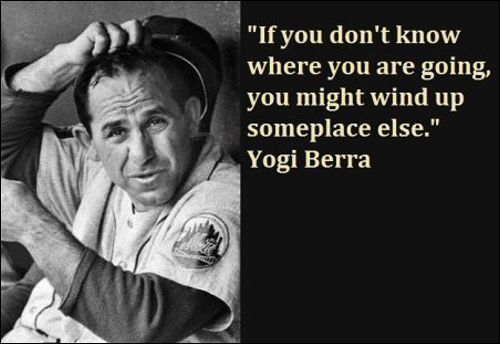 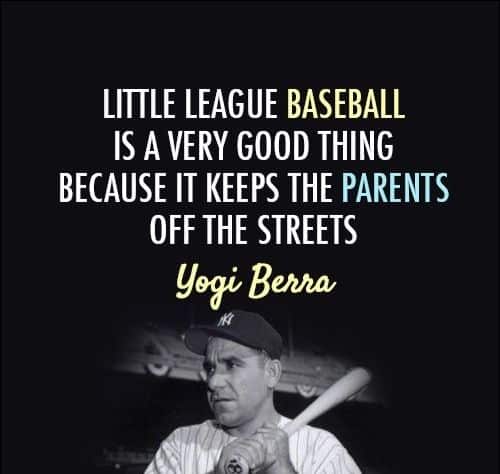 “I knew I was going to take the wrong train so I left early.” 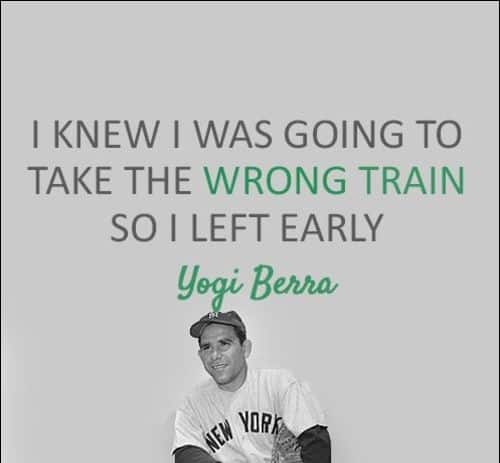 “If the world was perfect it wouldn’t be.” 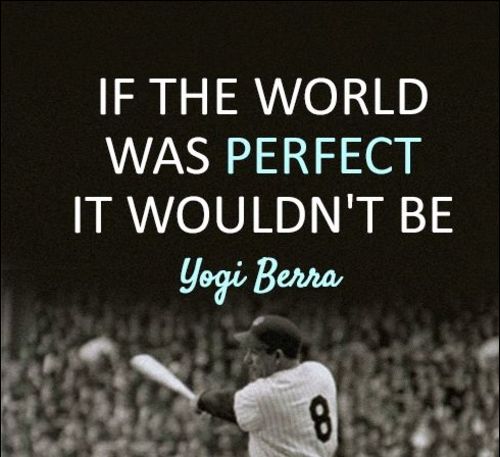 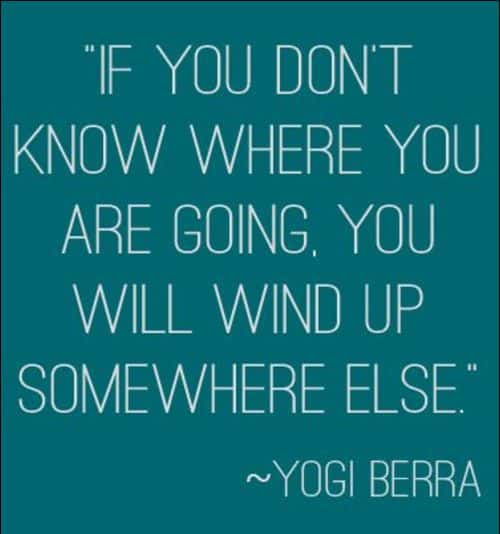 “Half the lies they tell about me aren’t true.”

“You can observe a lot by just watching.” 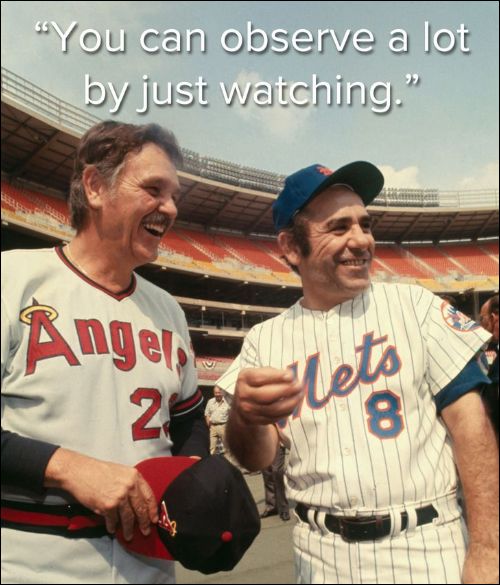 “In theory there is no difference between theory and practice in practice thre is.”

“If you don’t know where you are going, you might wind up someplace else.” 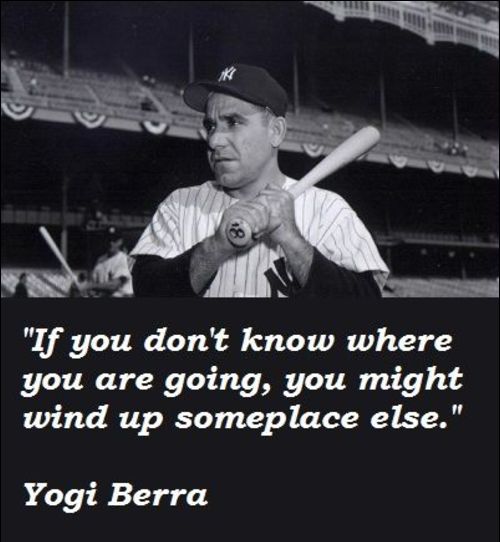 “In theory there is no difference between theory and practice in practice thre is.” 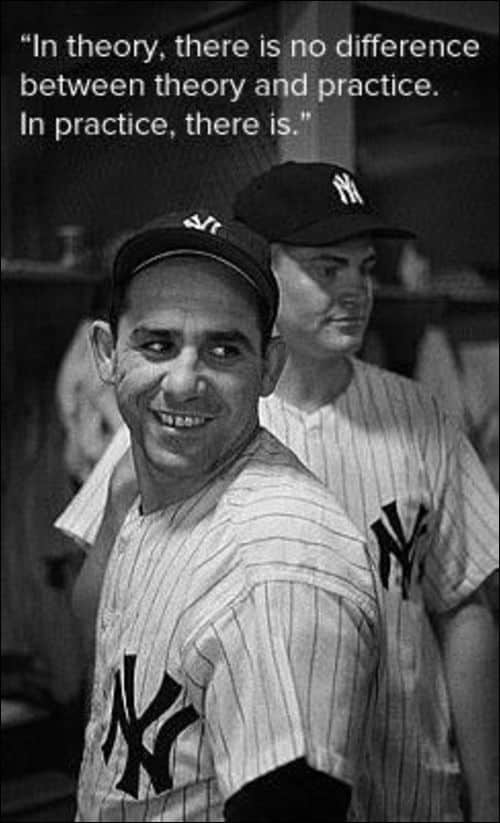 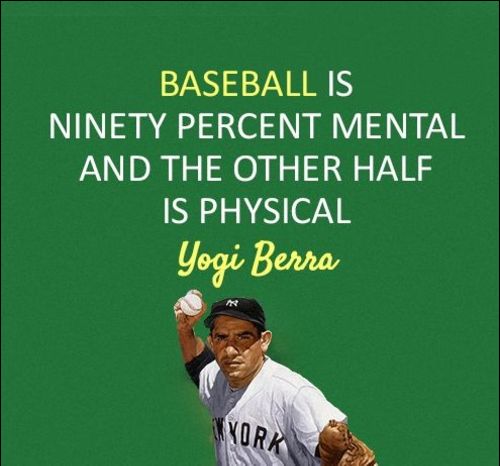 “When you come to a fork in the road, take it.” 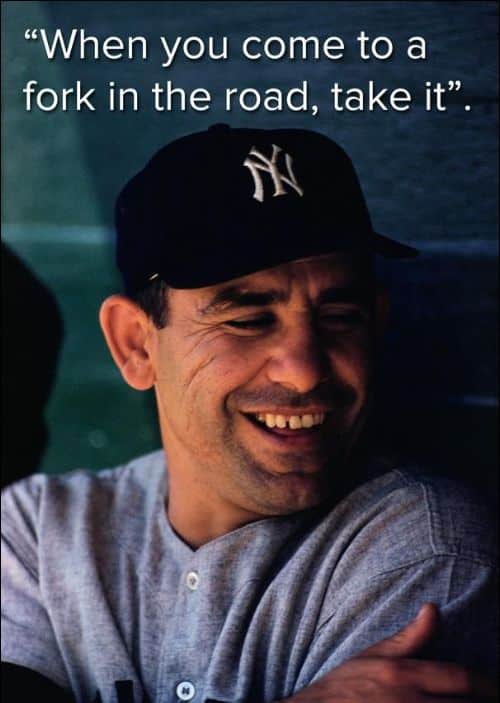 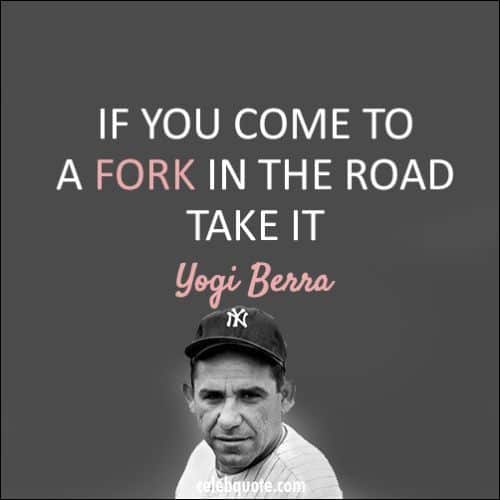 “I never blame myself when i’m not hitting. I just blame the bat and if it keeps up, i change bats. After all, if i know it isn’t my fault that i’m not hitting, how can i mad at myself ?.” 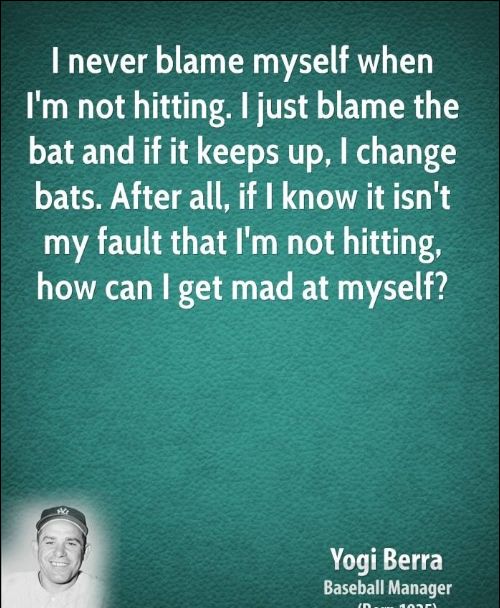 “You better cut the pizza in four pieces because i’m not hungry enough to eat six.” 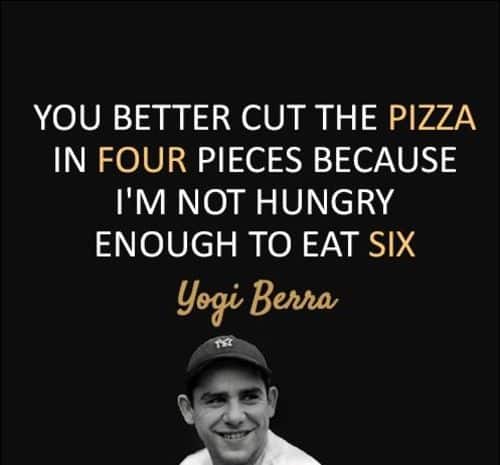 “Whatever yo do, you should do it with feeling.” 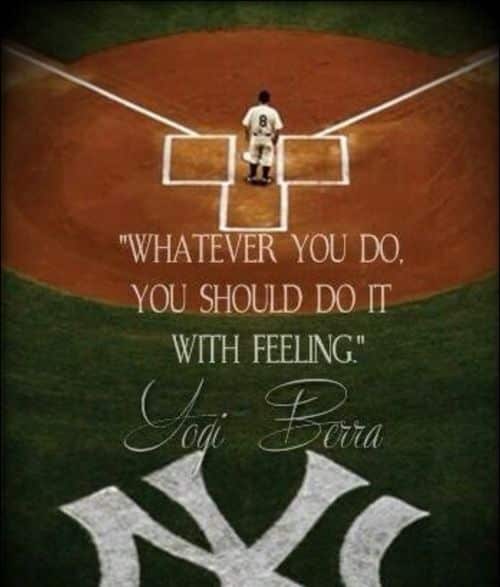 “All pitchers are liars or crybabies.” 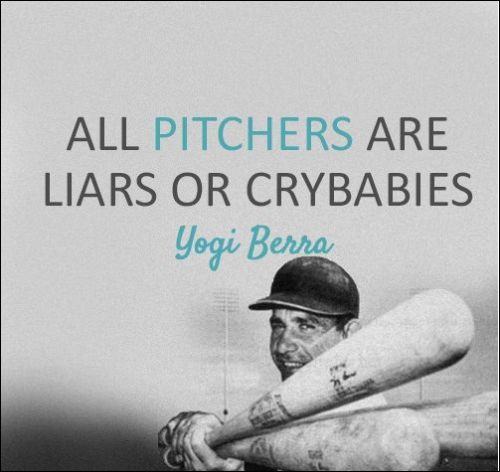 I never said most of the thing i said.” 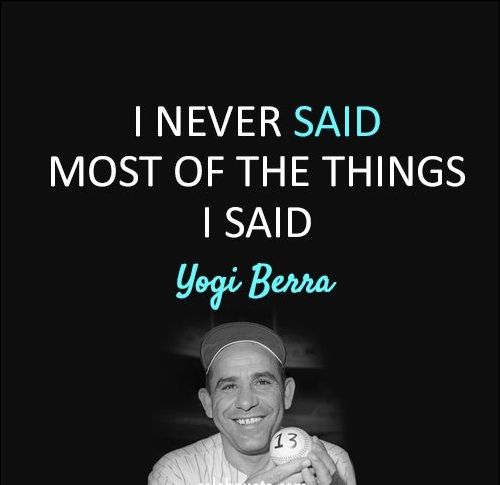 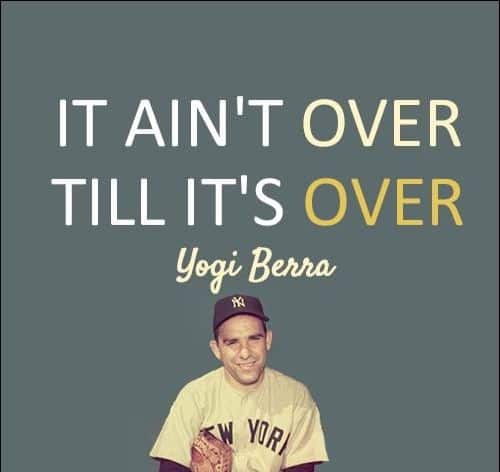 “The future ain’t what it used to be.” 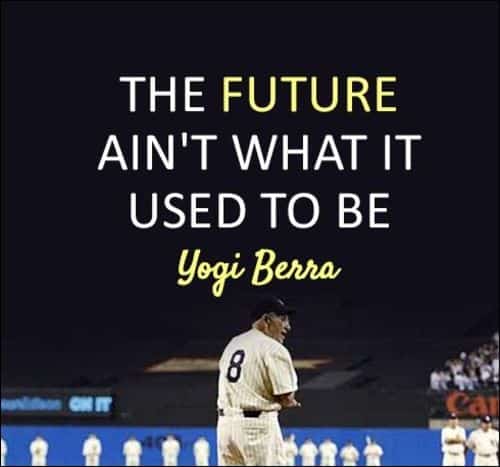